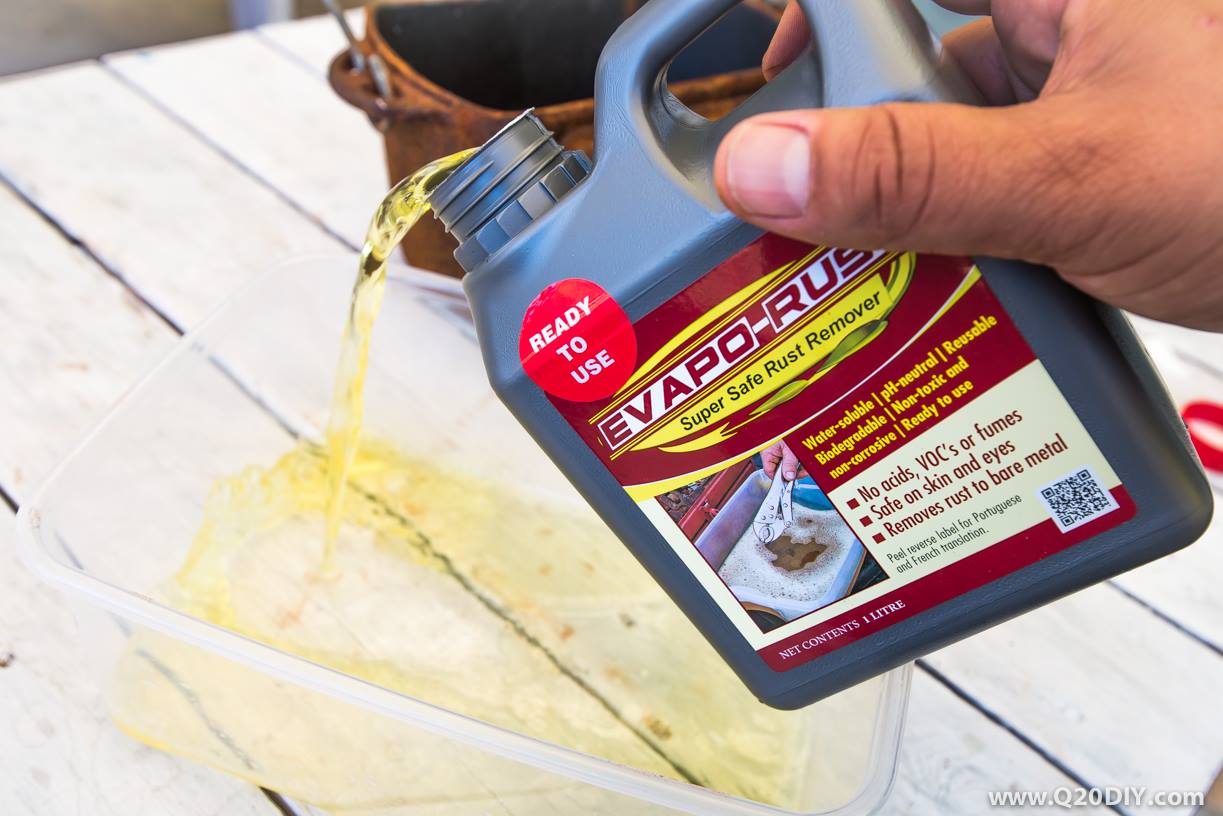 Whether you’re rebuilding classic cars, restoring antiques, or working in the industrial sector, you may be wondering which rust-removing product works best overall.

On that note, here are 7 reasons why we believe EVAPO-RUST is the best rust-removing product on the market.

As a ready-to-use solution, EVAPO-RUST features a 5-parts water formulation, where the water itself acts as a depository for the oxide (i.e. rust). This rust-dissolving process is known as ‘Selective Chelation’ where molecules within the EVAPO-RUST specifically bond to rust particles, without attacking the base metal. This is in contrast to acid-based rust removers that are often indiscriminate in their metal reaction.

As a PH neutral liquid, EVAPO-RUST is safe to use on all metals.

Upon using EVAPO-RUST you’ll notice the formula quickly turns black in colour as the mixture absorbs rust. However, you can still reuse the solution. Simply filter the used EVAPO-RUST through an old rag, and re-use the liquid again for better value.

Finding a way to responsibly dispose of any acid-based rust remover is often a problem. Thankfully, because EVAPO-RUST is water based and biodegradable, it can be poured down the drain without worrying about its impact on the environment.

5) No fumes and non-toxic

Acid-based rust removers generally require safety equipment, this includes gloves, eye protection, and in some cases, a mask to safe guard against fumes or harmful VOCs. Fortunately, EVAPO-RUST is unlike most products because it’s non-toxic, won’t burn or damage your skin, and emits no fumes.

Because EVAPO-RUST is non-corrosive, it won’t accidentally damage wood, paint, and/or plastic surfaces.

EVAPO-RUST is ready to use and requires no mixing or special catalysts. Simply pour the solution into a container, submerge the item you’re wishing to de-rust, and let the results speak for themselves.