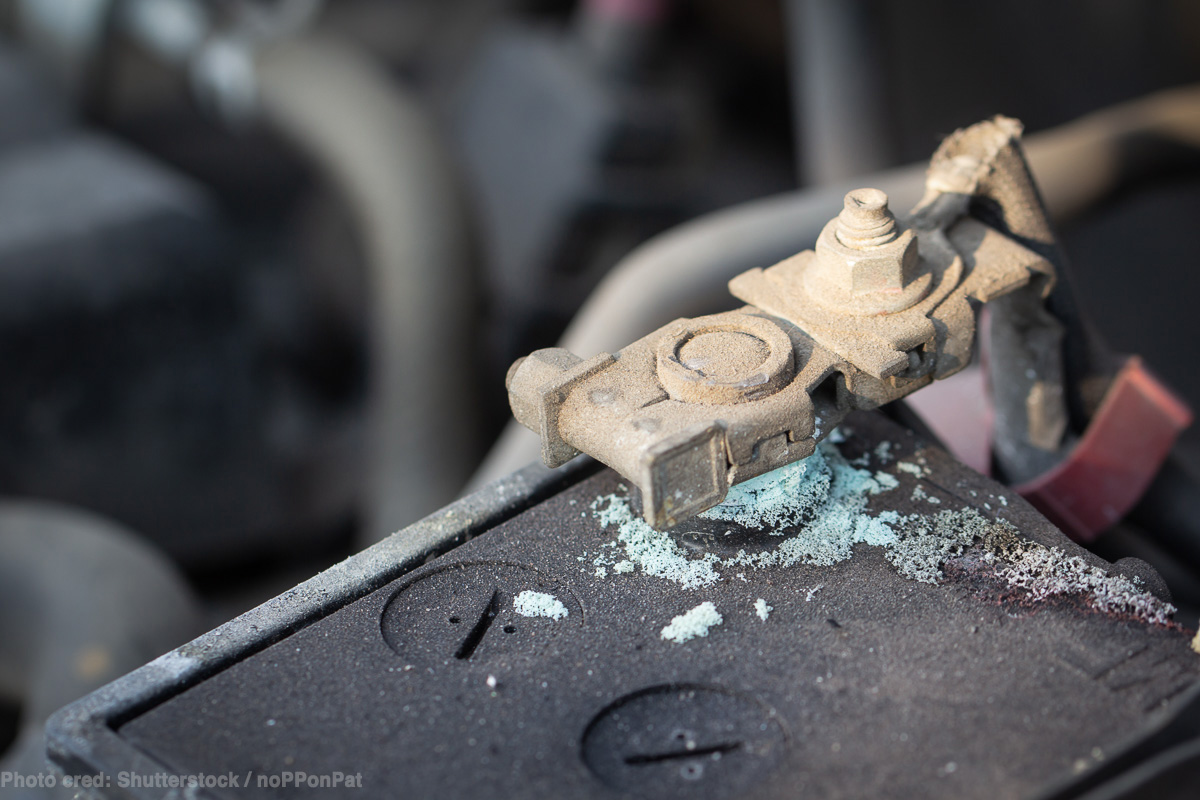 Battery-terminal corrosion is a leading cause of vehicle hard starting.

Fortunately, it’s also one of the easiest and most affordable problems to fix.

WHAT CAUSES THE CORROSION?

Battery terminal corrosion is commonly seen as a white-blue or greenish powder that gathers around the positive- and negative-battery posts.

The corrosion is generally caused by hydrogen gas (which is released from the battery while charging), along with moisture and other salts / minerals in the atmosphere, all of which combine to create a corrosive environment.

In many cases, it’s believed that the corrosion will typically form around the negative terminal, which suggests that the battery is “undercharging” due to a lack of adequate driving time. Corrosion around the positive terminal is generally believed to be the result of overcharging from the alternator.

Either way, any form of battery terminal corrosion will eventually lead to poor conductivity, high electrical resistance, reduced lifespan, and ultimately the inability to deliver enough energy to start the engine.

HOW TO PREVENT BATTERY TERMINAL CORROSION?

Although some mechanics use grease or Vaseline to cover the battery’s terminals, these substances attract dirt. Needless to say, a gradual build up of dirt and dust can also contribute to poor electrical contact.

Hold-downs and casings used in vehicles