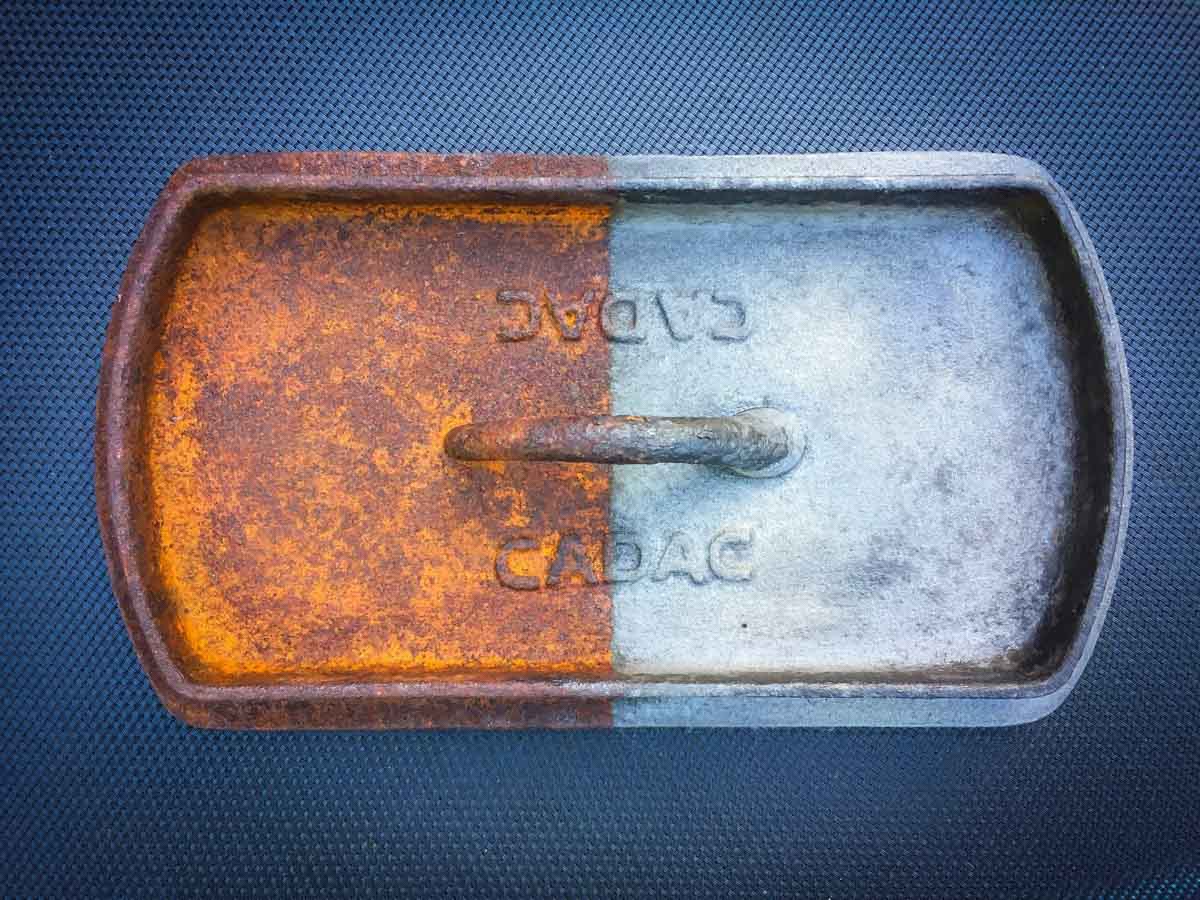 I once threw away a camping pot that was so badly rusted it looked like a high-school science experiment. It seemed no matter what I did I couldn’t get the rust off. I tried wire brushes, pot scourers and a combination of potent chemical cleaners, but nothing worked. I eventually gave up when I realised that I was spending more on rags and cleaners than I did on the pot itself.

I recently found myself faced with a similar situation. Someone had given me a cast-iron bread pot for Christmas; it’s one of those items that never gets used, so every time I think of packing it (for my next camping trip), I’m faced with the rusted reality. This usually leads to the “I’ll take it next time” response. 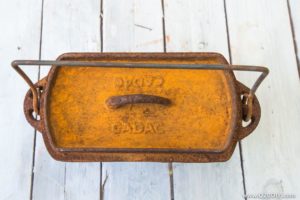 Well, I think “next time” has come and gone for almost two years now, so the time had come for me to finally do something about it…

I’m not proud to admit it, but I’m one of those guys that believes the best cleaning products are highly toxic and chemical based. The sort of stuff you need to wear a hazmat suit to stop the fumes from blistering your skin.

You can imagine my skepticism when I picked up a bottle of EVAPO-RUST and saw the label proclaim: Non-toxic, PH neutral, Biodegradable, Water-Soluble, No acids and No fumes.

Ummm, no. Not possible. What sort of false advertising, mumbo jumbo is this?

What can I say, I’m a sucker for awards… I bought a bottle.

The instructions said that smaller objects should be soaked in the solution for 1- to 24-hours. 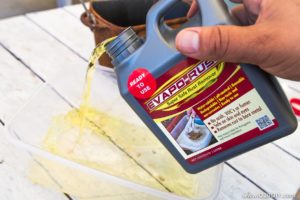 A day is a long time to wait when you’re keen to prove something wrong, but I thought I’d give the bunny-hugging, earth-friendly mixture a fair shot, so I soaked the bread pot’s lid for the full 24-hour period. I wanted to see if there would be a distinguishable difference.

I don’t know what to say; I guess I should eat my hat. It’s not just that EVAPO-RUST has fully restored the pot, it’s the fact that it has shifted my mindset about eco-friendly products.

It still amazes me that something this effective can be flushed down a drain without worrying about the environment. I’m now questioning every product I buy, and I owe that to the non-fumey and biodegradable EVAPO-RUST. 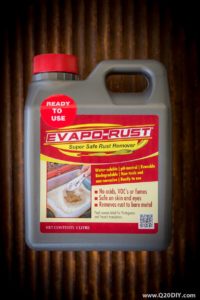 EVAPO-RUST is available at all Builders Warehouse stores and other leading hardware retailers.