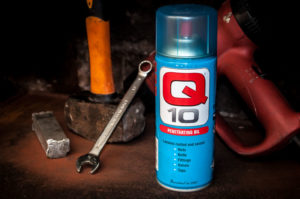 The other day I was working on an old lawnmower that I’d picked up at a secondhand shop. Things were going well until I encountered a rusted bolt that refused to budge. Do you guys have any suggestions on how to help loosen the culprit? 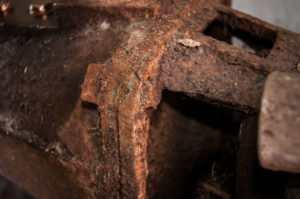 Because they typically live outdoors, old pool pumps (and well-point pumps) generally have a rusted bolt or two. Check out the following images on how best to deal with a rusted bolt or nut.

If you’re a DIY enthusiast, it’s inevitable that at some point you’re going to strike the dreaded problem of a rusted bolt or shaft that’s stuck in its housing.

One of our team members here was recently removing the swing-arms of his motorbike from the frame to clean and grease the needle-bearings, when he hit this very snag. The main swing-arm pivot bolt was seized into the inner bearing race. He rides a dual-purpose bike, so the suspension is subjected to submersion at river crossings, and there is also a lot of high-velocity mud spray at times, hence the problem. The good news is that the issue can be solved

Here’s how to do it… 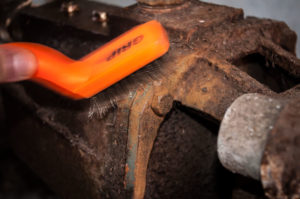 Use a small wire brush to remove any excess rust on, and around, the bolt / nut. 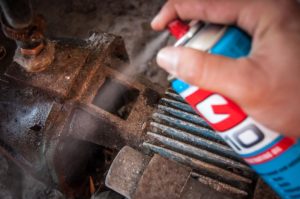 If possible, position the housing upright and saturate the bolt with Q10, which is a quick-acting, penetrating rust solvent and release agent. The Q10 will run down the shaft onto – and eventually into – the seized area. Leave the bolt for approximately 30 minutes to give the Q10 time to penetrate. 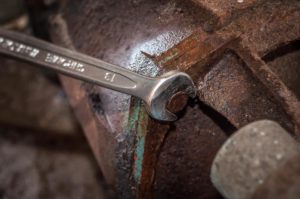 Using your spanner, try to turn the bolt or nut. If there’s too much resistance, and you feel the bolt may strip, or round its head, it would be best to apply another dose of Q10, and leave the bolt to stand for another 30 minutes. 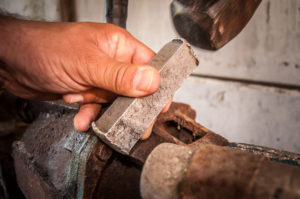 If the bolt is still too tight, give the corner of the bolt head a firm tap with a 4-pound hammer. Be sure to use a piece of aluminium or brass, so that the bolt head doesn’t get damaged in the process. 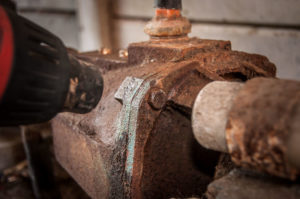 If the above mentioned procedure still doesn’t work, then you may need to use a heat gun to warm and expand the housing around the bolt. 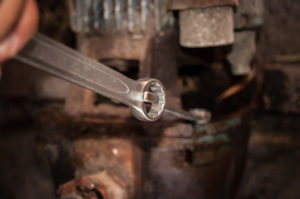 Once the housing is sufficiently heated, give the spanner another try. DIY TIP: You can increase your spanner’s leverage / torque by linking two spanners together. 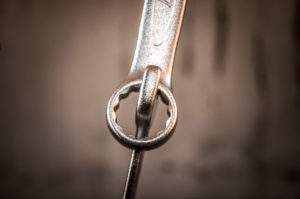 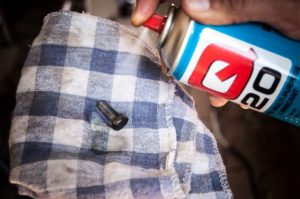 Once the bolt is loose, be sure to clean the thread with a wire brush, and apply a squirt of Q20 to prevent future rust.

You may need to repeat some of these steps multiple times before the bolt / nut finally gives. Sometimes, the best solution to a problem is not about what tool you use, but rather, how persistent and patient you are.

Some important points to remember…