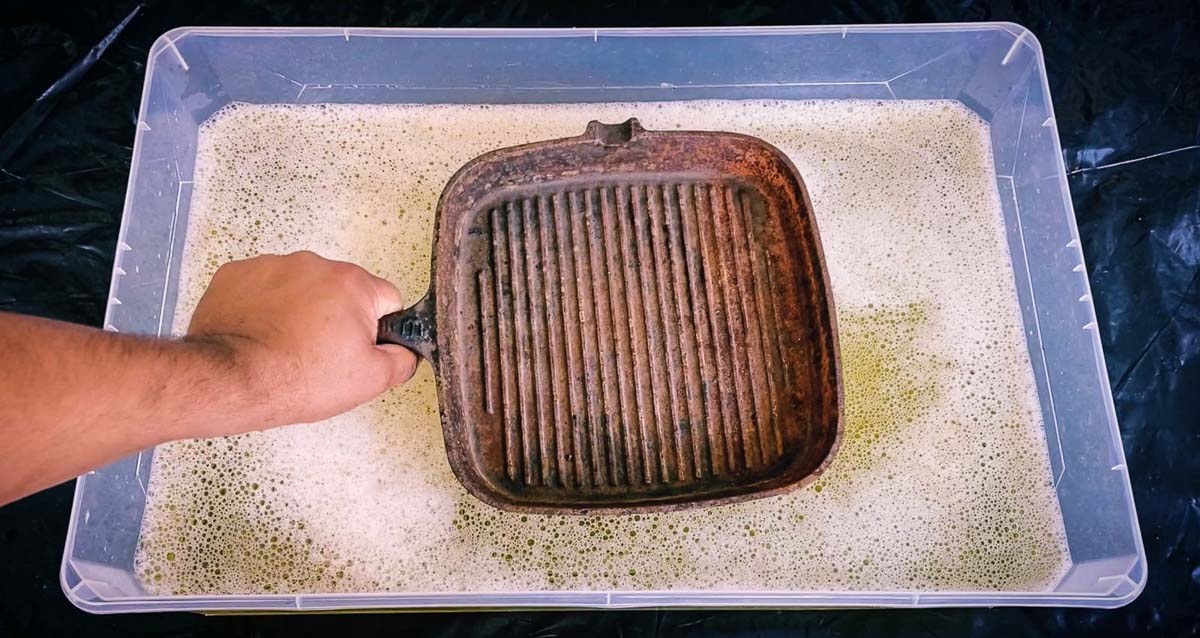 In a world dominated by marketing hype and tall tales, it’s perfectly normal to be suspicious of big product claims and performance promises. Take Evapo-Rust for example. If you ever come across an Evapo-Rust video – showcasing before and after results – your first instinct will be: “Photoshop!”

I was once in that camp myself. However, after using Evapo-Rust many times for tool restorations and project-car jobs, I can honestly say that, if anything, the results are down played.

Evapo-Rust is one of the few products I’ve used where the results are better than the claims. Which is saying a lot because the claims are pretty bold.

What’s even more surprising is how safe the product is. You could literally bath in the stuff it’s so harmless. In fact, it’s so mild that you can pour the used solution down the drain when you’re done with it.

READ NEXT: 7 reasons we believe EVAPO-RUST is the best rust-removing product for tools

In contrast, most competing rust-removing products on the market are acid based and generally require protective gear – gloves and safety glasses. You also need to be careful about not getting any acid-based rust remover onto sensitive surfaces or specific metals.

So what’s the catch? How can a product be this effective, and this safe, without any drawbacks? No product is perfect, right? Well, yes and no.

If you read the comments after any Evapo-Rust video or pix, you’ll see most users say the same thing: “Excellent product! Not cheap”.

While it’s certainly true that there’s a premium cost for this award-winning formula, what most people don’t realise is that Evapo-Rust is reusable. From that perspective, the cost decreases with every use.

On that note, I recently conducted a test to see just how re-usable Evapo-Rust is, and at what point the results start to fade.

I started with the rustiest component I could find – an old cast iron frying pan – and then moved onto to a brake disc, a cast-iron pot lid, and then an old chisel.

As a water-based formula, Evapo-Rust uses a rust-dissolving process known as ‘Selective Chelation’, where molecules within the liquid bond to rust particles directly, and then dissolve into the 5-parts’ water solution. Eventually, the water itself becomes saturated with oxide and the results may start to wane.

Fortunately, depending on the size of the component and how badly it’s rusted, the formula will keep working for quite some time. And even then, although the solution may start to offer diminishing results in terms of large, heavily-rusted objects, that doesn’t mean you can’t store the used Evapo-Rust for mildly rusted tools, antiques, or minor car parts later on.